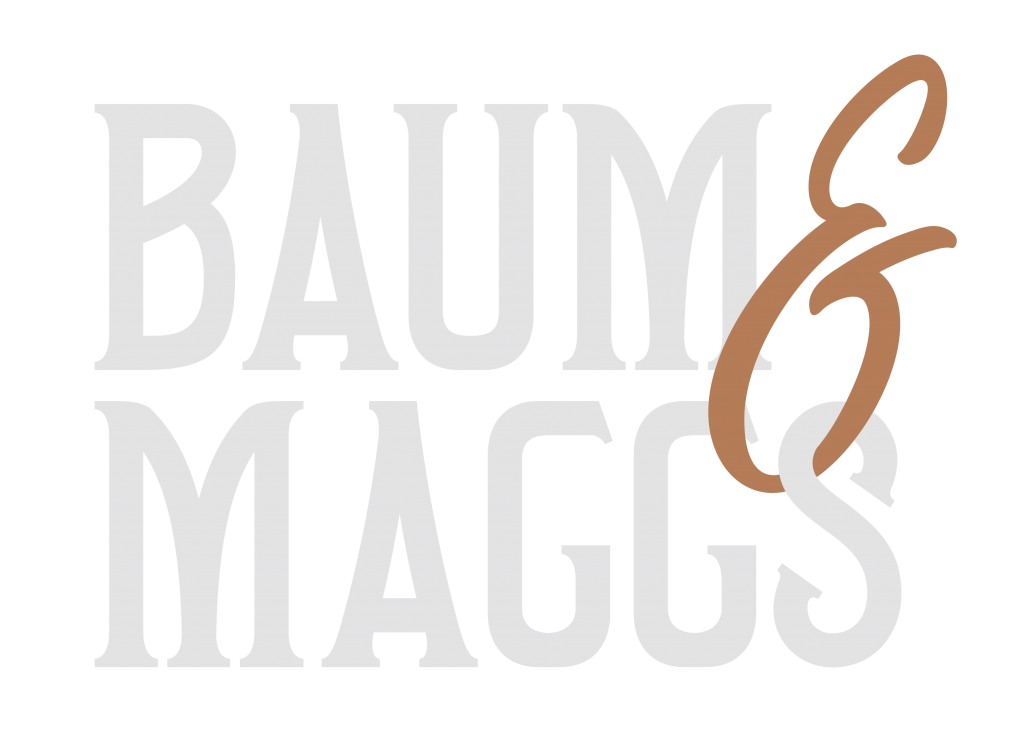 Playing tunes you think you know.

Baum and Maggs (the duo) have been playing together for a very long time, most recently in the Bacuma Boys, but in many shapes and formats before that.  Their sometimes obscure music dates from the 1890s to the 1990s, but as someone said after a gig “you play tunes I think I know”.

Dave Maggs (vocal, guitar, slides and harmonica) has played with The Contortionists and more recently Musikissmo, as well as The Bacuma Boys.

Andy Baum (vocal, guitar and mandolin) played and sang with Hilary James and Simon Mayor as part of Slim Panatella and the Mellow Virginians, and with Dave in The Bacuma Boys. 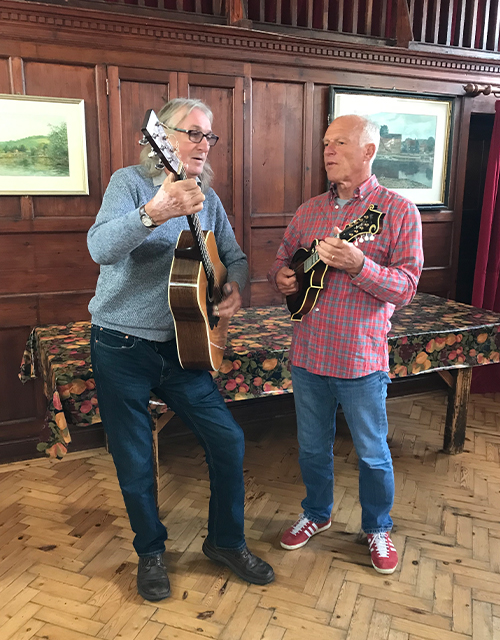 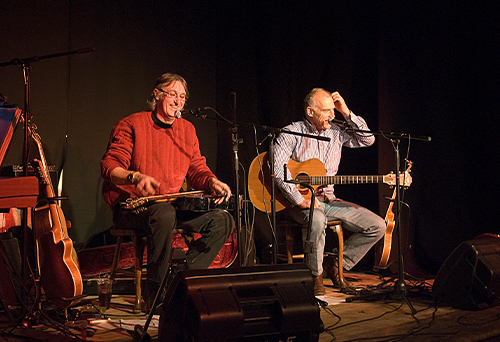 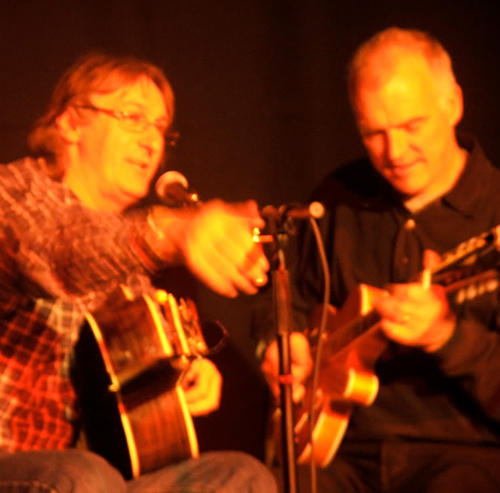 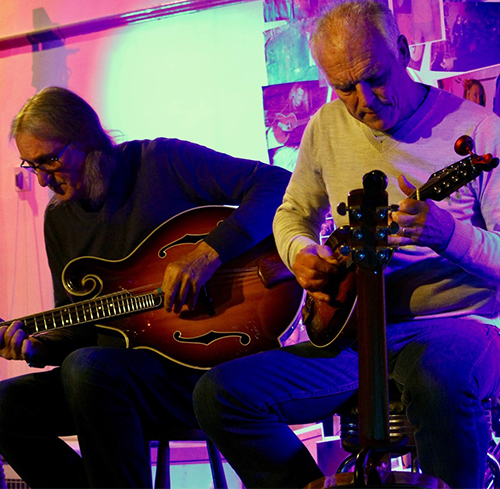 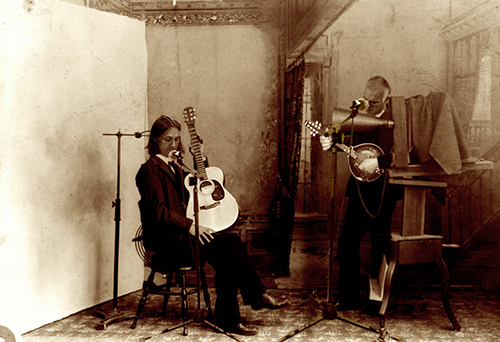 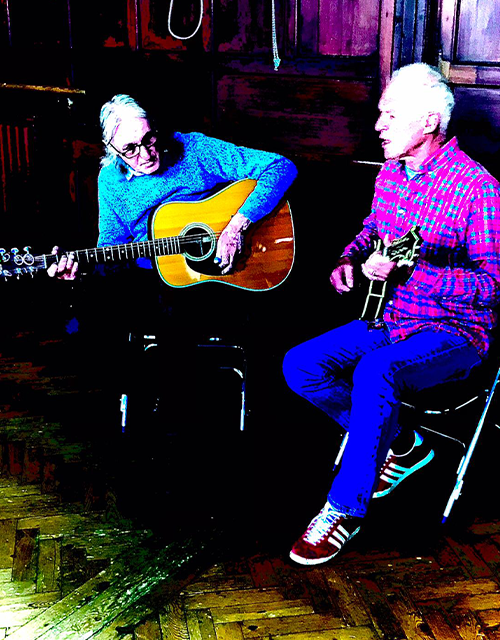 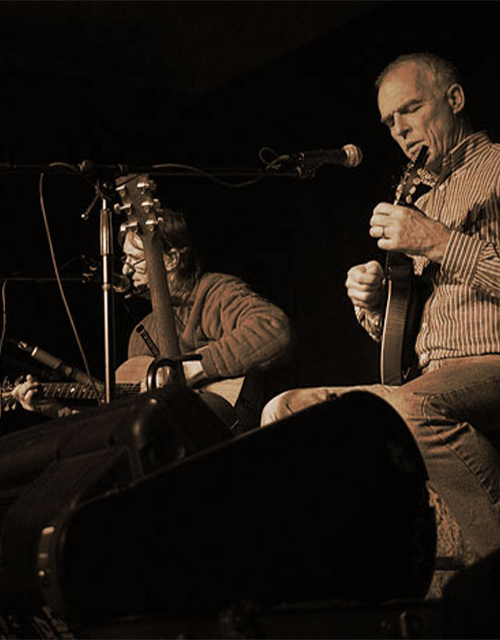